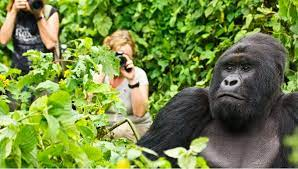 Akagera National Park is the place to go if you’re looking for a national park where you can go on a wildlife safari in Rwanda and see a variety of wildlife species such as animals, birds, reptiles, butterflies, and amphibians. It offers the most beautiful environment for such safaris, so you can be sure to have a great time while in the park. The following are a few of the various wildlife species that can be spotted while participating in various park activities.

Through a partnership with Europe, Akagera National Park management was able to obtain rhinos from three different European nations. They were introduced to the park in 2017, and since then their numbers have increased. Additionally, lion species from South Africa were also introduced, and since their introduction, all five of the big five are now found in the same park.

There are many different species of reptiles and amphibians in the park. Lake Shakani, Lake Ihema, and the River Akagera are a few examples of water areas where reptiles and amphibians are frequently observed. Monitor lizards, salamanders, anthracosauria, labrinythods, and crocodiles are just a few of the reptile and amphibian species that can be seen. These are frequently spotted while on park boat tours and nature hikes. On the edges of the lakes, crocodiles can be seen sunbathing and patiently awaiting the prey that usually comes to slake their thirst.